San Francisco, California: Paravision, the leader in mission-critical face recognition, announced today that with the latest release of the National Institute of Standards and Technology’s (NIST) Face Recognition Vendor Test (FRVT) 1:N Identification report, it has delivered top-3 accuracy in multiple categories when ranked across the world’s leading vendors in this rapidly developing space.

Published on March 24, NIST’s new report on the performance of leading face recognition algorithms in identification (1:N) scenarios evaluated over 200 algorithms from 60 vendors on their ability to search through large collections of pictures to match an unknown face with an existing identity. 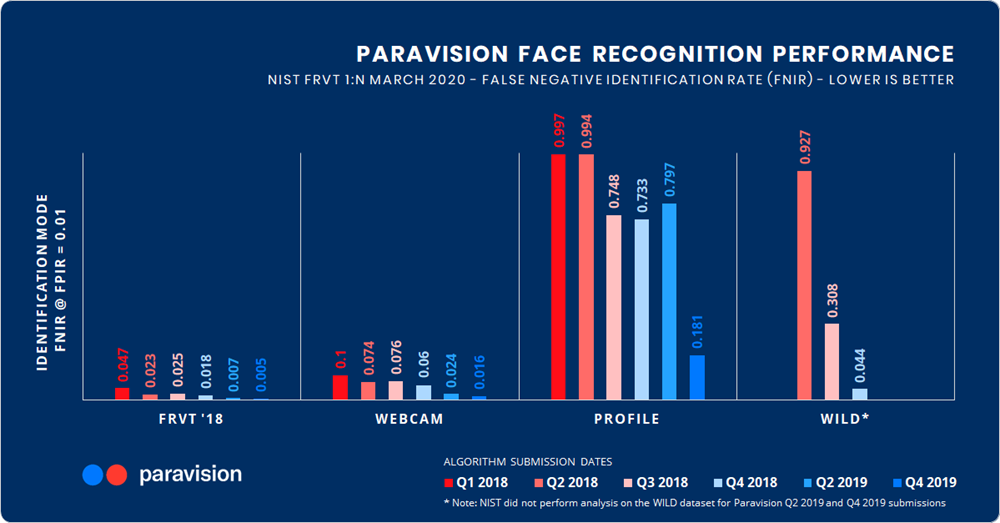 Since its first submission to the FRVT program, Paravision has consistently placed at the top of global rankings, while steadily improving algorithm performance with each successive submission. This current NIST report shows Paravision’s strong present performance and demonstrates how much its algorithms have improved in a short time. Over the last two years, Paravision has moved from a top-10 to a top-3 ranking while false-negative identification rates have reduced by up to 95%.

“The NIST FRVT program is the gold standard of face recognition accuracy testing,” said Charlie Rice, Paravision’s Chief Technology Officer. “No other independent evaluation is as comprehensive or rigorous, and it serves as a great benchmark for us as we strive for excellence. As a U.S. company, we are excited to deliver world-class capabilities and to be at the forefront of biometric accuracy, in particular across gender, race, and age.”