JR The Chronicles of San Francisco

JR draws inspiration from Diego Rivera’s murals found throughout the city, and it was great to bump into him and discuss how the project came together and the need for urban cities to open street landscapes for Artists.

JR Celebrates the voices of our extraordinary, unique, and diverse city in The Chronicles of San Francisco, by internationally recognized artist JR. Over the course of two months in early 2018, the artist set up a mobile studio in twenty-two locations around San Francisco, where he filmed and interviewed nearly twelve hundred people from across the city’s multifaceted communities. In the completed work, a digital mural scrolls across a seamless bank of screens, bringing together the faces and untold stories of the people we encounter every day.

Presented in SFMOMA’s soaring Roberts Family Gallery, this work is free and accessible to the public.

Born in France in 1983, JR began tagging buildings as a young teenager. Soon he shifted from graffiti to photo-based work, creating images of faces, printing them on large sheets of inexpensive paper, and pasting them on buildings.

Although he has completed many such projects around the world, this is his first major installation in San Francisco. 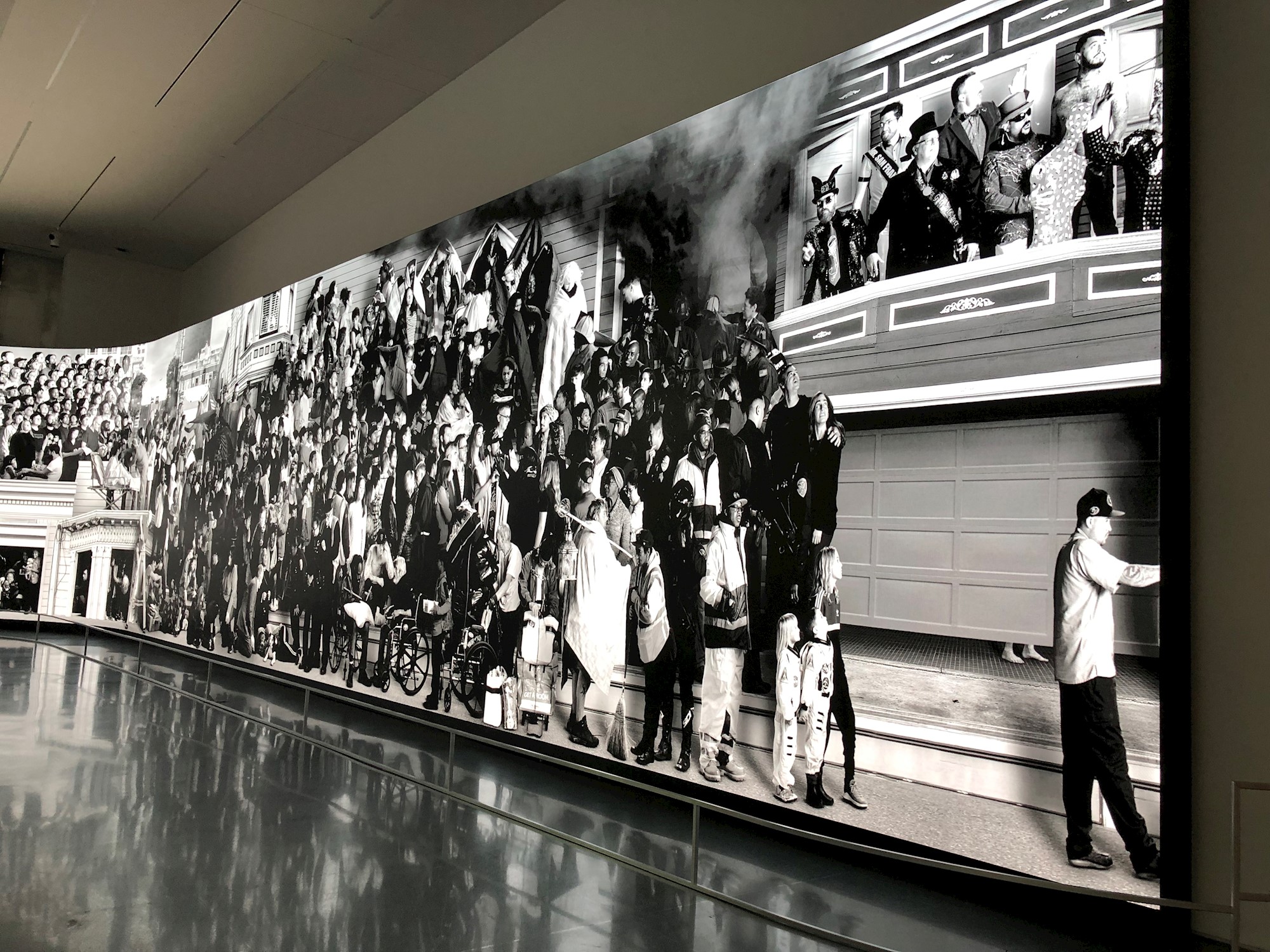 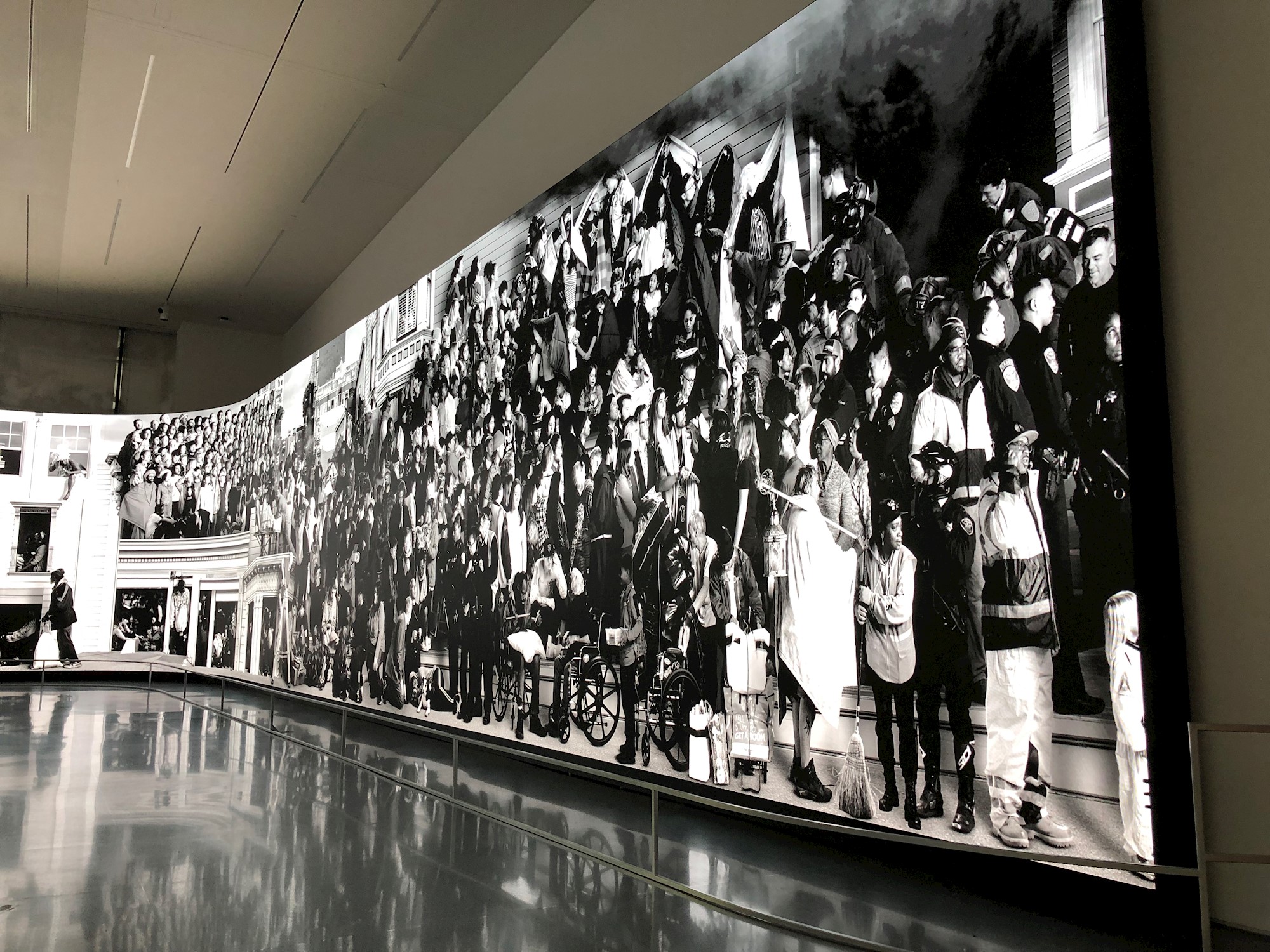 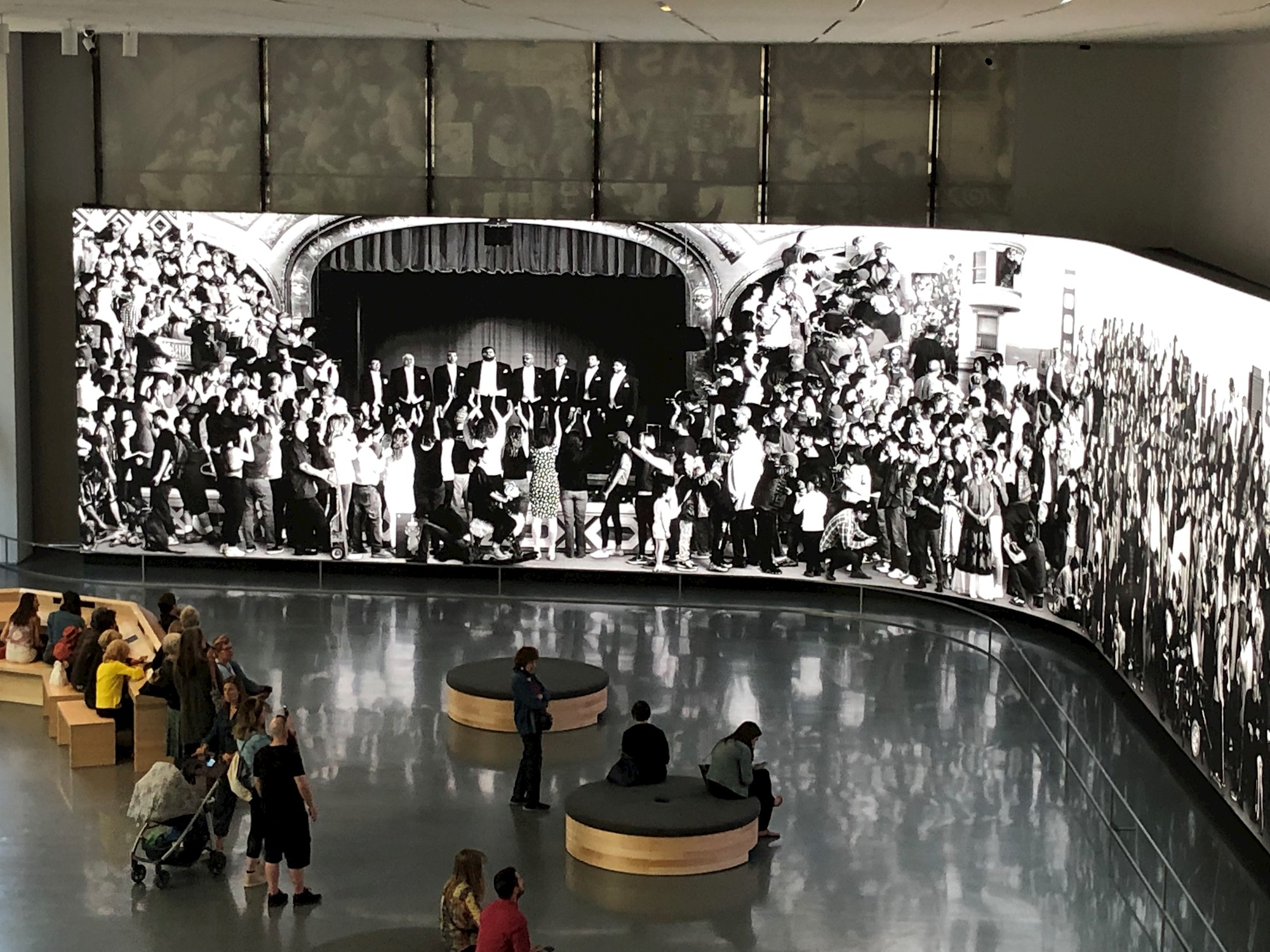 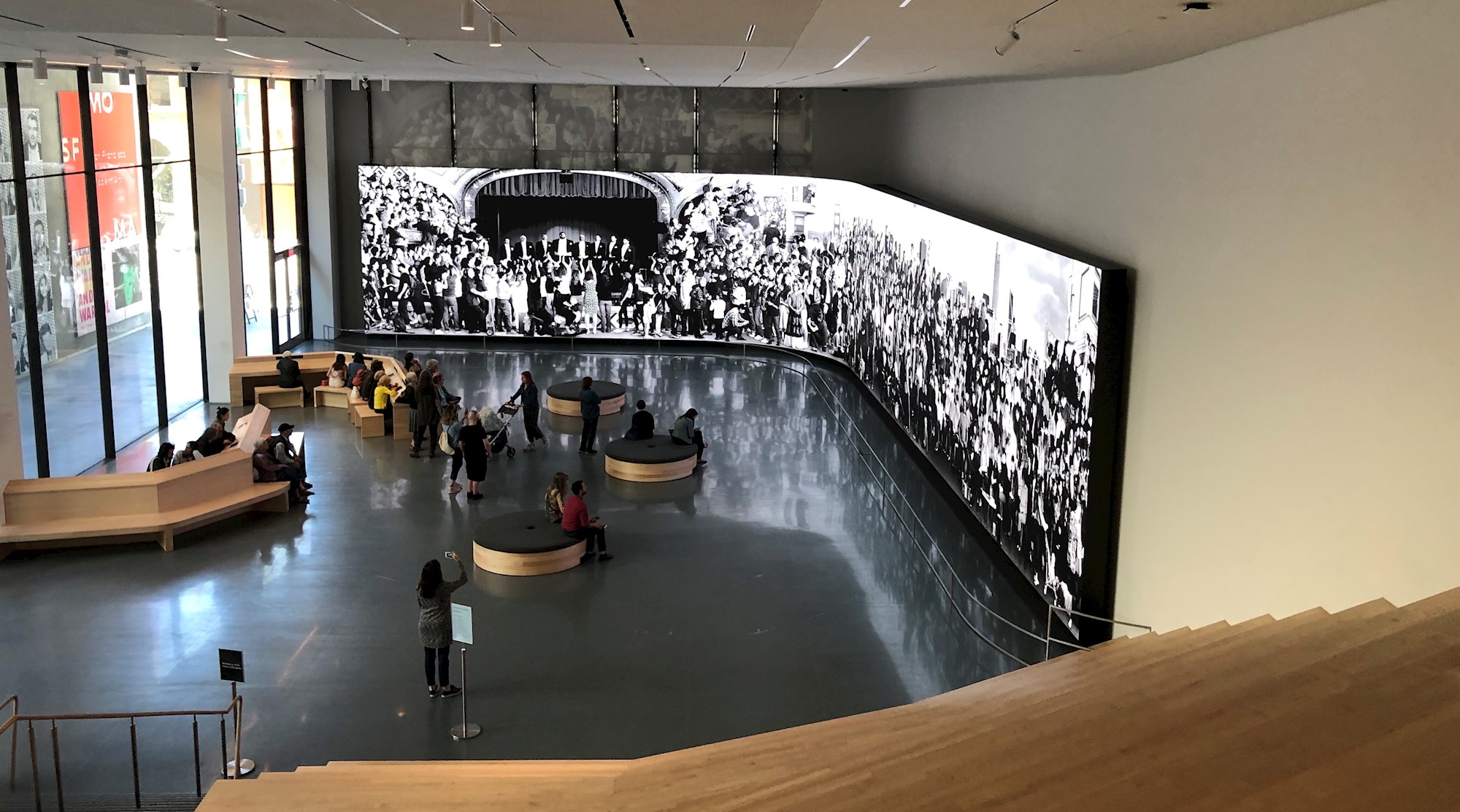 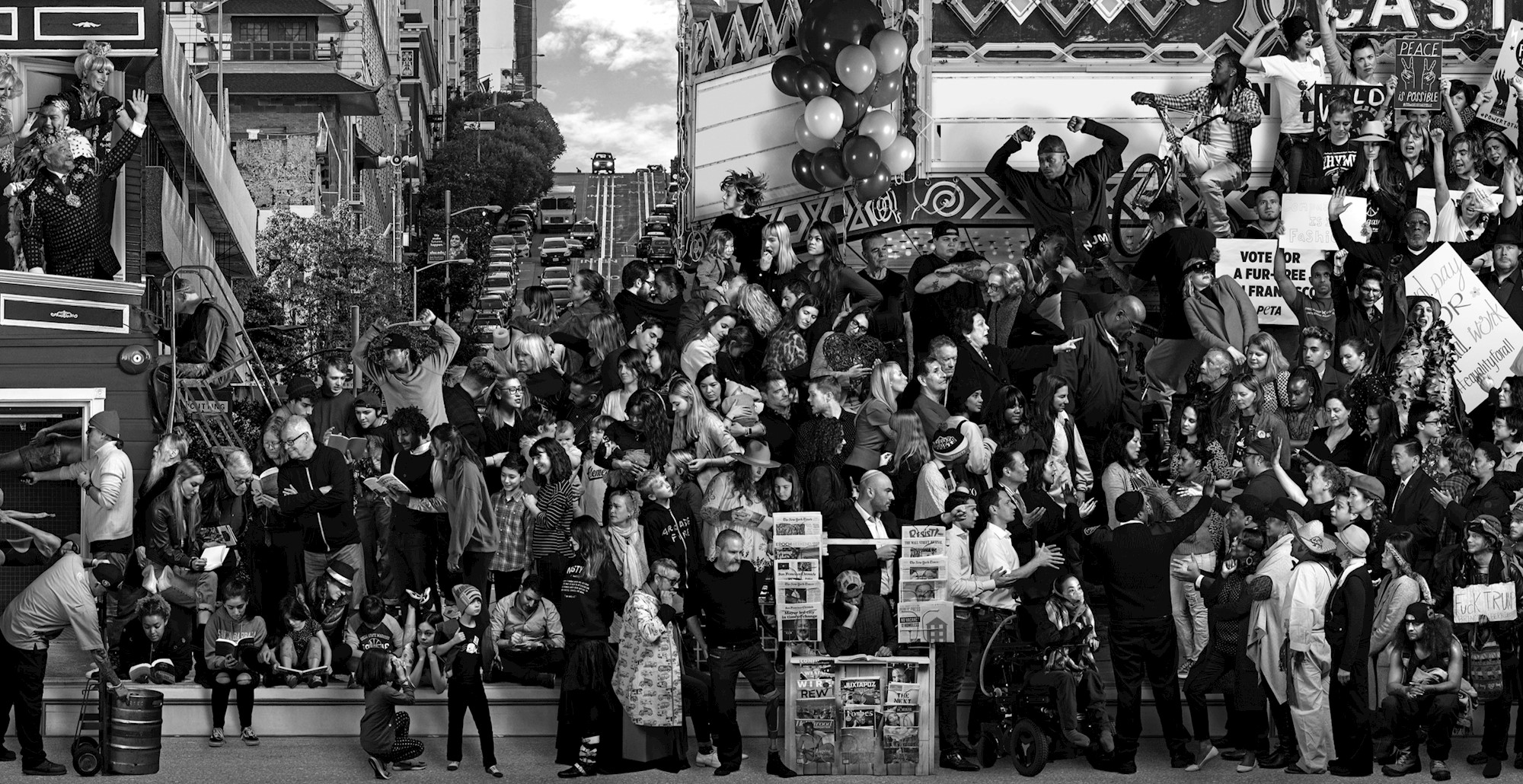