Uber got a step closer to on-demand aerial taxis this week, as partner company Bell Helicopter unveiled a new flying car design in Las Vegas. The scale model of a hybrid-electric aircraft, called Nexus, is being exhibited at the 2019 Consumer Electronics Show in the city until 11 January.

Uber said the Nexus represents “a major step in its Elevate initiative to create an on-demand Uber Air network”, and shows it is “on track for delivering the world’s first aerial rideshare network in the coming years”.

With plans to test flying car designs by 2020 and launch a commercial service in 2023, Uber Air has partnered with several aircraft manufacturers on the development of eVTOL (electric vertical take-off and landing) aircraft. As well as Bell Helicopter, these include Boeing’s Aurora Flight Sciences, Pipistrel, Embraer, Mooney, and Karem aircraft. Bell has been the first to publicly exhibit a full-scale model, after several other partners put forward concept images at Uber’s annual Elevate Summit last year, including Karem’s Butterfly, Embraer’s DreamMaker, and a bat-wing design from Pipistrel

Uber Air is part of the Uber Elevate programme, which is aiming to reduce individual car ownership and change the way people travel in urban areas with, for instance, Uber pool ride-sharing and Uber Jump electric bikes. The company believes VTOLs will become “an affordable form of daily transportation for the masses, even less expensive than owning a car,” with costs comparable to its car ride-sharing rates.

The initial launch locations for the flying taxis include Dallas, Los Angeles, and a third location yet to be announced. A 2016 report from Uber found that in LA and Sydney, “residents spend seven working weeks each year commuting, two of which are wasted unproductively stuck in gridlock” and that “the average commute in Mumbai exceeds a staggering 90 minutes”. It predicts that the new air taxi service will complete some journeys in a fraction of the time.

Uber is working with several property developers and local governments in the US to help ensure a shared network of high-volume skyports around cities. Six final skyport designs were released at the Elevate summit last year.

With no existing technology for managing VTOL air networks, Uber has partnered with Nasa to develop unmanned traffic management systems, and concepts to enable urban aircraft to fly safely and efficiently at low altitudes. 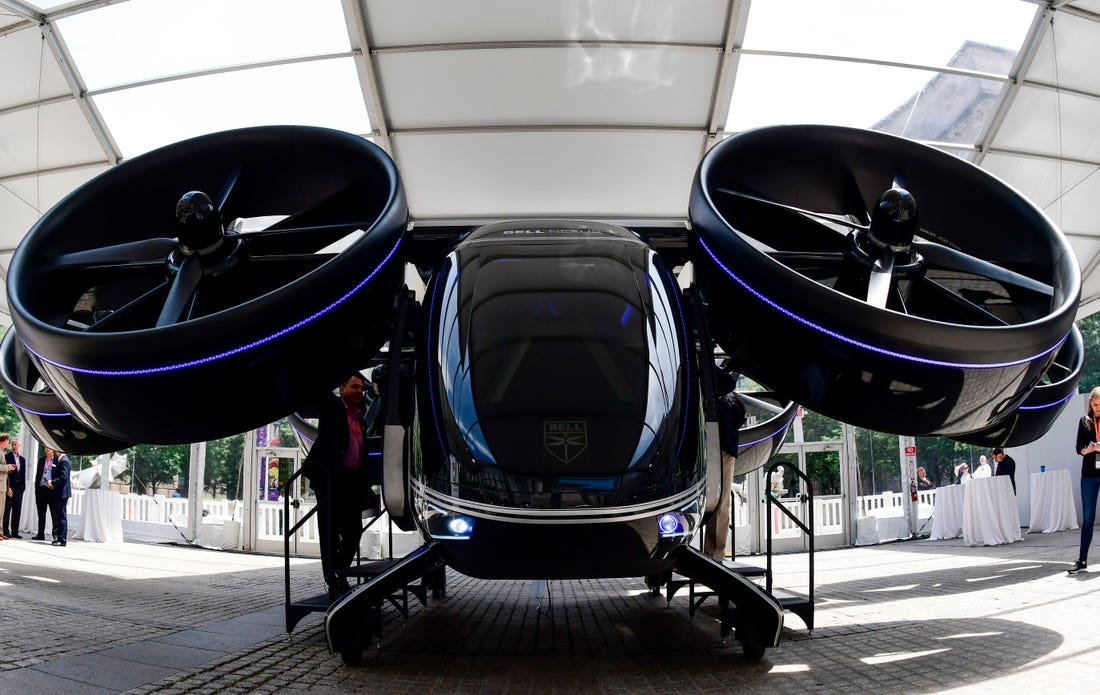